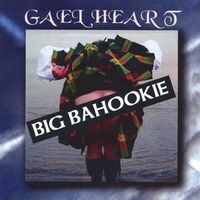 
I met a Scotsman on a site down in London
We were brick-laying and building a fancy hotel
That summer was warm, we were all working shirtless
Except for old “Douglas the Sailor” himself.

I was green so I asked him to tell.

He undid a few buttons to show me his secret
His broad chest was hairless, but no way was it bare
From sternum to belly and nipple to nipple
He displayed a tattoo that demanded your stare.

He was sixteen and working the Brit Merchant Navy
His third port of call was the docks of Shanghai
Pished drunk and daring, he was determined on getting
A tattoo for Scotland that could knock out an eye.

The Chinese tattoo-ist was glad for the business
With hand signs and gestures, he asked Douglas to choose
A design from his repertoire of art for the body
But Douglas declined all the standard tattoos.

With pride, Douglas described the thistle of Scotland
The Chinese man nodded and shook Douglas’ hand
He gave the young man a pencil and paper
Saying, “Draw for me picture from bonnie Scotland.”

Douglas sketched out a thistle entwined in a banner
Reading “Scotland Forever”
Then passed out from the drink
The tattoo-ist studied the young sailor’s artwork
As the Scottish boy slept, he injected the ink.

Douglas woke from his stupor surrounded by shipmates
Their uproarious laughter had the Scotsman perplexed
He soon learned the source of the others’ amusement
As he followed the fingers and looked at his chest.

He rushed to the mirror to gaze at his image
He gaped with a mixture of horror and awe
A bright purple banner ‘round a golden pineapple
Reading “Scrotrand Forever” was the image he saw.